Whether you have a dog that can easily tolerate having his nails clipped, or you have one that is absolutely petrified of the process, keeping your dog’s claws a sensible length is very important to their health and wellbeing. Regular trimming can:

However, most importantly, a dog’s nails are a part of their anatomy and having nails that are too long can alter the way in which your dog moves and carries himself. The altered position causes the bones in his feet to sit at a different angle, which in turn puts pressure on the joints. Over time, this can cause significant joint pain and lead to arthritis.
Changing the natural alignment of the joints can also make your dog much less steady on his feet. This means that he is far less likely to be able to catch himself from falling or landing well, increasingly the probability of broken bones.

How often will I have to trim my dog’s nails?

Exactly how often you need to trim your dog’s claws will depend on a couple of different factors including what breed he is, and what sort of lifestyle he has. Dog’s that spend a lot of time outdoors run around over a variety of surfaces that naturally wear their claws down. This means that they won’t need to be trimmed anywhere near as often as indoor dogs, as carpet, tiles and hardwood flooring don’t provide enough friction to file down his nails.

What sort of clippers should I use?

There are two types of nail clippers for dogs – guillotine and scissor styles. Which you use will likely come down to your own personal preference in terms of handling them, but in terms of performance, both work equally well.
Some owners find that their dog is unable to tolerate either style of clipper and instead choose to use a nail grinder. This is a good alternative, but the process takes significantly longer and many dogs still dislike the noise and vibrations that come with filing down their claws instead.

5 steps to trim your dog’s nails

If your dog really won’t tolerate you cutting his nails then you should never just leave them. Instead speak to a professional dog groomer or your veterinarian who may have more success.

The Benefits of Chinese Acupuncture for Pets
Pet owners need real solutions in improving the health of their four-legged friends. Pets are now living longer, and as they do, pets are becoming a more integral part of our lives…
LEARN MORE »

Heartworm
Heartworm is a serious illness that can cause heart failure, lung disease, organ damage and even death in dogs, cats and ferrets…
LEARN MORE »

Pet Examination
Our pets are a part of our family, and every responsible owner wants to ensure that their pets are in the very best of health. The majority of conditions that animals are susceptible to have…
LEARN MORE »

VIEW ALL NEWS AND SPECIALS » 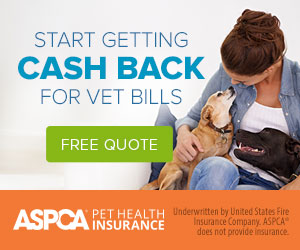 We have had nothing but an awesome experience here. The techs are always extremely helpful and knowledgeable. Dr. Rainey gives our animal great care and always keeps our budget in mind...

This place is absolutely wonderful. Dr. Rainey and his staff are so kind and understanding. You can tell they all really care about the animals and do everything they can to make sure they’re...

VIEW ALL REVIEWS »
REQUEST AN APPOINTMENT »

Countryside Animal Hospital
4.8
Based on 360 reviews
Write a review

Cassandra Preston
Dr. Rainey and his staff are always so nice and sweet. Very caring and they treat my fur babies like there own. Highly Recommend them. You can't find any better vet than them. I lost my Companion of 13 years (Snuggles) and they were so supportive and sent there sympathy. ❤️ I truly can't put there practice into words. Absolutely love this Place and all the Staff

mary woods
Very reasonable surgical prices, kind compatonate staff. Truly cares about my senior dogs health and wellbeing! Just moved here from out of state this is for sure my new vet!

David Dwinnells
The only vet in the area that would see my cat in an emergency! So thankful for this team!

Karen Click
People are very nice and answered my questions.

May Motlagh
Dr Rainey listens and answers all questions and concerns with patience. The staff is friendly and loves our dog. Very glad we found them!

Heather DeBice
Dr. Rainey saved my kitty Bandit. No other vet has been as caring, attentive or professional and I've taken him to SIX vets in town. Most wouldn't help him, tried to put him to sleep!!I will never go anywhere else with my fur babies Dr. Rainey is literally the best vet in the greater Louisville area. I'm always in and out on time as well and the prices are very affordable, especially because he accepts Care Credit. Thank you Dr. Rainey and his nice staff. LT Dan Bandit is able to eat and have his life back thanks to you!!!!!

candice louden
We just moved to the area and hadn't established care with a vet yet. My English Bulldog had an urgent need to be seen and I brought her in to Countryside Animal Hospital. Dr. Rainey was quick to assess that she needed emergent care at a vet hospital and recommended the best facility that could meet her needs quickly. Once released I took her back to help manage the chronic condition she was diagnosed with and couldn't be happier with his expertise! She is now doing well and his recommendations solved an issue that we didn't realize she had for years. I highly recommend Countryside Animal Hospital!

Valerie Keller
Our lab was attacked by a pit at Morgan Park. 3" laceration, torn ACL. We went unscheduled to Dr Rainey. They took us right in. He made a rapid accessment. Printed out details and estimate of what he may have to do. We agreed with his judgement left our lab over nite. Next day Doc calls. "Looks like minor surgery on the wound, pain pills and antibiotic, he should be fine." He was a new dog to us! Not only was Doc Rainey accurate with his diagnosis but he did exactly what he said he would do and charged exactly what he estimated it to be. So refreshing to have such an experienced vet with integrity. Great caring staff as well, thank you! Brian, Val & Laker

Patricia Olsen
Dr. Rainey is wonderful!He is quality over quantity and was very present at our consultation for our dog's health.He explained what he would be doing, why he had to do it, and how he came to the conclusions.He educated us so that we didn't require blind faith but we understood the what's, the why's, the when's and the how's.He gave clear instructions with a calm bedside manner.I thought the costs were a bit pricey but about the same as any other vet.He didn't try to upsale us on unnecessary things.This visit was thumbs up!A+

Carrie Mudd
Dr. Rainey and his staff are very caring and knowledgeable. Sophie was always happy to go to her appointments. They took very good care of Sophie and she had a dental surgery & everything went well the staff is very nice and accommodating and Dr. Rainey is very knowledgeable. Their prices can’t be beat! I highly recommend Dr. Rainey and Countryside animal hospital

Alex Pacheco
They take great care of my pup.

Katie Lynch
Dr. Rainey is very thorough, and the staff is warm and kind!

Lola Hudson
I have been bringing my baby to Dr. Rainey since she was 8 weeks old. She still has a tiny bit of anxiety when she gets back to the exam room but the staff and Dr. Rainey are great with her. She leaves there just as happy as when she arrived. I feel his prices are fair and affordable and Dr. Rainey and his staff have always been friendly and inviting every time we have come in.

C P
Dr Rainey and staff are incredible! The best veterinarian clinic that I’ve ever frequented.I have a deep respect and appreciation for Dr Rainey and the way that he approaches my pet’s health with compassion, merging East and West philosophies, delivering premium care for my Marley, that’s individualized and specific to his healthcare needs.It’s more than a clinic, it’s a hospital staffed with people who genuinely love and care for animals. Dr Rainey performed extensive surgery on my dog and it’s amazing how quickly Marley is healing and recovering even with other comorbities.Everyone at the office has been so kind and offered me a level of peace even through some difficult decision-making regarding my dog’s care. Their medical expertise is top notch. Honestly, I’ve never been to a vet that I trusted more.So if you’re looking for a holistic approach to your pet’s healthcare needs, you’ve found the right place. I am beyond grateful that I found them.The drive from Louisville is nothing compared to the level of peace they will offer you.They’re just wonderful. ❤️Contessa Pantoja

Robin Collins
Wonderful service, very acknowledgeable and kind to my animals. Dr Rainey is a great veterinarian and I trust him with my animals. He is now my veterinarian

Christina G
We came in because it was time to say goodbye to our sweet dog. The staff was kind and respectful. They explained everything about how our dog would react and what to expect. For such a sad time for our family the staff were comforting, which we very much appreciate. I'd recommend them to anyone who is looking for a wonderful Veterinarian office for your fur babies.

Vicki Cole
Dr. Rainy has done a wonderful job with Bella. She has no issues with her mouth for now.

Robert O'Dell
Everyone there is very helpful, friendly, and professional. I believe you are very thorough in the care you give SanDee. The only drawback is this care is a bit expensive.

Thomas Clemons
Great vet. We have been customers for over 20 years.

Renee Boyle
I brought my dog for acupuncture treatments Everyone there is very nice and friendly . Dr Rainey takes time to explain things in detail. He was even able to catch a kidney issue that we had no idea she had.

Eric Phillips
Great first visit for our new puppy. Friendly staff. Our appt was at 3 and we were seen at 3. Highly recommend

Michele Gallo
The staff was friendly and, responsive to my phone call.Quick res

Kim Lacy
Went for acupuncture for my dog, unfortunately it didn't work for him but everyone there is fantastic.

Cory Colson
The team here is nothing short of amazing. They are caring, professional, courteous, and take pride in what they do. They are great with our animals, and we won't take them anywhere else. So glad we found Countryside.
Next Reviews